Questions of the History of Fortification. Issue 5. 2015 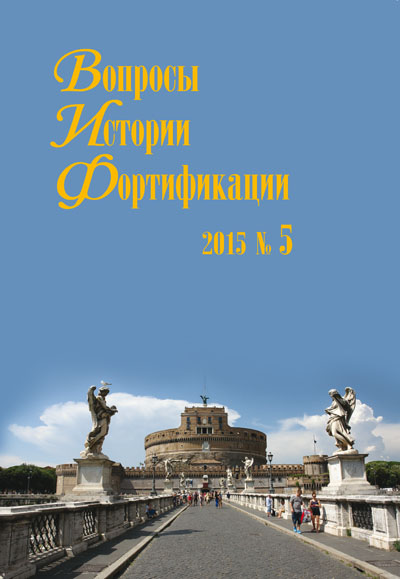 Petrov D.A. The architecture  of the Moscow Kremlin Beklemishevskaya Tower

Slavnitskii N.R. Building and repair work financing principles in northwest Russia’s fortresses in the first half of the 18th century

Nikiforov D.N. 305 mm howitzers M1915 in the Iman Fortified Region. The history of the formation and military service of the 295th Independent Super Heavy Artillery Division

Leont’ev A.E. Ruins of fortified settlement Es’ki on the Mologa River. Defences in the flood plain.

Martynyuk A.P. The old and new Fridland gates in Kőnigsberg: some information and facts from the history of their building and service