Questions of the History of Fortification. Issue 4. 2013 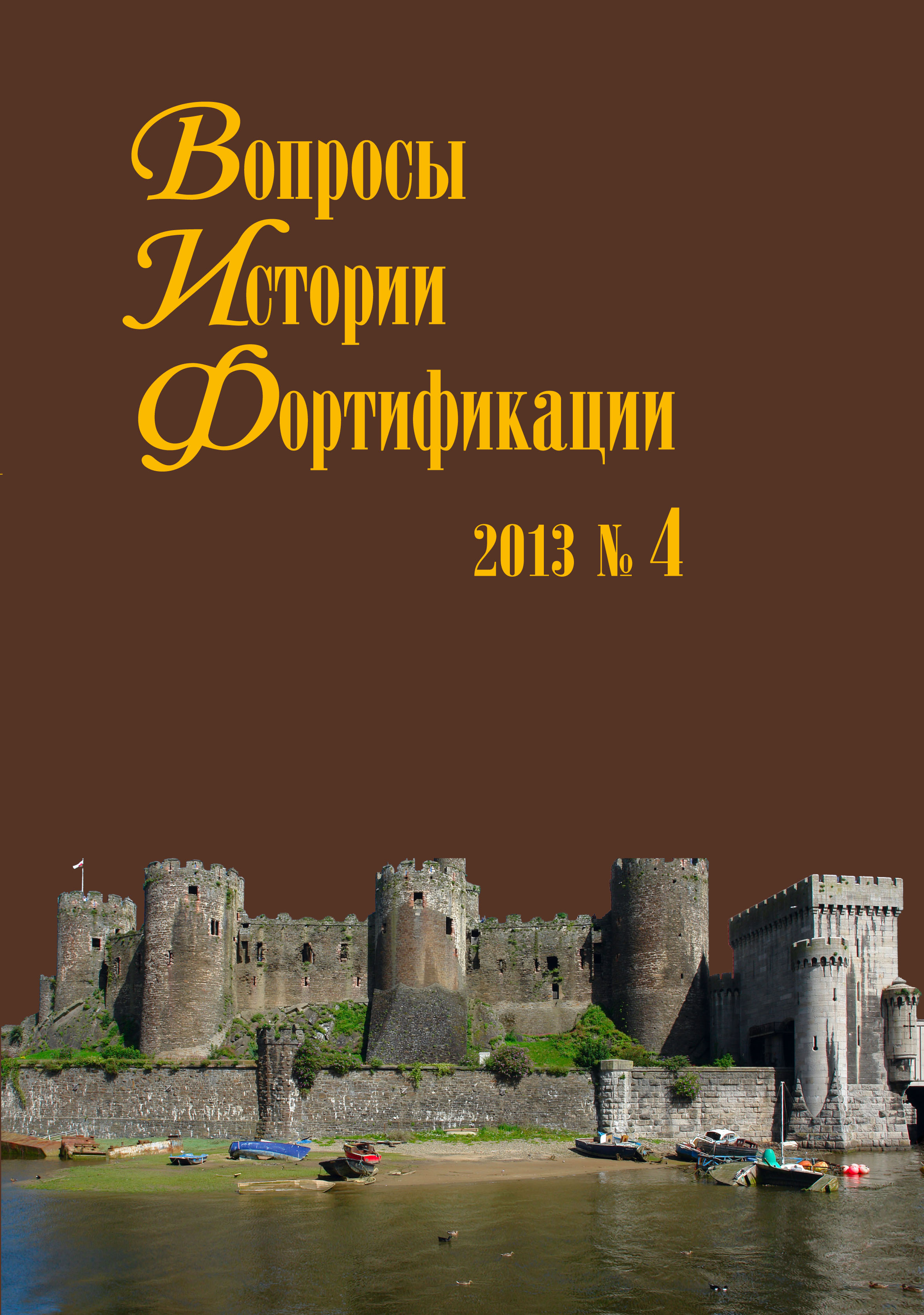 CONTENTS
PRIMARY SOURCES
Kirpichnikov A.N. Medieval stone-throwers according to al-Tarsusi’s tractate of the 12th century.
Pivovarchik Report over the Department of Fortified Regions of the General Staff of the Red Army, October 12, 1940.
ARTICLES
Petrov D.A. Construction of Moscow Kremlin, Novgorod Detinets and Ivangorod Fortress in the context of building situation in the Moscow State in 1480–1490-s.
Penskoy V.V. Capture of Sokol Fortress by the troops of Stephan Bathory in the campaign of 1579.
Nossov K.S. The armament of Smolensk Fortress according to the 17th century Russian Lists of Ordnance.
V.I. American coast defense forts of the Third System, 1816–1867. Construction, combat service and place in the World Fortification Heritage.
Pivovarchik S.A. Garrison of the Grodnensky Fortified Region on the eve and at the beginning of the Great Patriotic War.
Panasenko A.E., Kalinin V.I. At the guard of Kolyma Gold. Coast defences at permafrost.
BOOK REVIEWS
HFSC COMPETITION for the Best Work on the History of Fortification in 2012
ABOUT THE JOURNAL